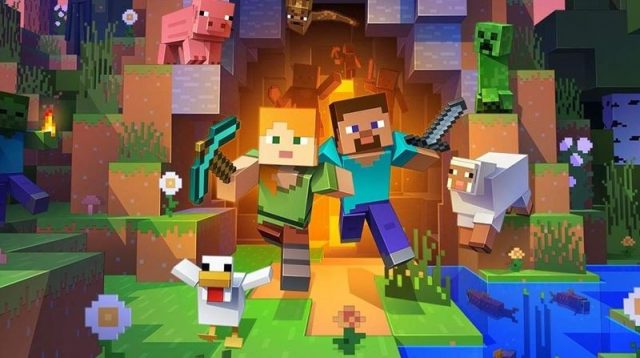 Whether you want to be a dungeon dweller or ocean explorer you can play the game as you want and uncover new mysteries but there are some people who like to have pre-defined goals. Classic RPG style.

That is one of the reasons why Minecraft Mods are so famous and so many modders have created Mods that help you discover more quests and add more fun to the game. Even though these quests might feel linear to you, but they can still adapt according to the player’s play style.

We’ve gathered a list of some of the most famous and fun mods available. There are also some mods that’ll completely change the way Minecraft is played and add more fun to your gameplay.

Before Installing these mods make sure you have allocated enough RAM in the Minecraft launcher for lag-free experience. If you haven’t yet, check this guide on how to allocate more RAM to Minecraft.

SkyFactory 4 is among one of the best Minecraft mods available and is for anyone who is looking to have technological experience in Minecraft.

This is one of the largest Modpack available for Minecraft and could take weeks to complete. After you download this mod it’ll replace the vanilla quest book with an advancement system following its guide you’ll be able to fully complete SkyFactory

This mod adds hundreds of new quests and adventures that take place in completely new regions.

Fight new mobs along the way and gain access to some of the most dangerous areas and the new world. You can also become a powerful wizard after completing these quests.

This mod adds completely unique experience to the game using some of the features from Skyblock and Stoneblock. And according to the suggestion from this mod’s creator, this mod is more fun if played in multiplayer.

In this mod, the world is taken over by evil and if you want to stop them you’ll have to fight some of the most dangerous foes encountered in Minecraft ever.

The Engineer’s Life contains a whole new adventure and quest which progresses your technical skill as you progress.

At first, you’ll start at a stone age with limited abilities at your disposal but as you’ll progress through the quest you’ll find new and new recipes and technologies and after completing the quest you’ll be able to gain access to the better agricultural system and stronger technologies.

This mod is actually a multiplayer version of The Engineer’s Life and is far more difficult to progress through and a lot more rewarding.

As you progress through the quests you’ll be able to gain access to a lot stronger technologies than The Engineer’s Life and with how the technology will help change the world for the better, it’ll help you change too.